At CBJ we strive to produce the best jerky made with the best craft beer available. We will always put the quality of our products before anything else. We believe that with a name like Craft Beer Jerky… craft beer needs to be the number one ingredient in our marinade and seasonings.

We would like to partner with great breweries all across the country to produce great beer jerky for everyone. We want our customers to be able to have jerky flavored with a beer that they know comes from a local brewery in there area.

Chase and Danny met while working at Cinder Block Brewery. Danny was a bartender and brewers assistant and Chase owned a food truck that served BBQ to the patrons of the brewery.  So, this naturally lead them to try to cook anything and everything with beer.  Probably even things that should not be.   One day, Danny and Chase decided to make beef jerky out of a new batch beer that Danny brewed at the Cinder Block brewery. They decided to do this because they both loved beef jerky and were bored with the generic flavors that were out on the market. The first batch was absolutely horrible. Chase’s  two dogs might have been the only ones that would eat it.   However, they don’t give up easily, So they started to get together regularly to make beef jerky.  They did this not to start a business, but because it was fun to drink beer and cook/dry meat. After a while, they decided that it would be fun to package it so they could share it with other people. So, here they are… Still having fun drinking beer and cooking meat… just on a bigger scale. Don’t worry, they don’t get drunk and make the craft beer jerky that you eat… that is what test batches are for. 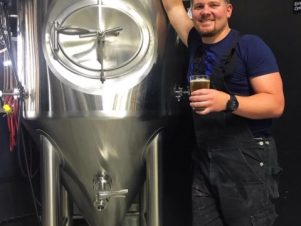 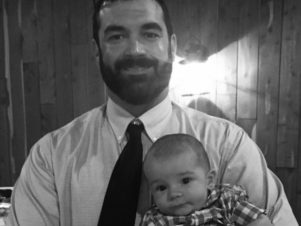 CEO/"The cook"
Your coupon code is valid for